It used to be amusing, but after two decades, being a hard-to-understand Australian in America is getting a bit old.
Back in the nineties, it was kind of understandable—about the only Australian sound most Americans recognized was Steve Irwin’s auditory smack in the face. It was so rare to hear the dulcet tones of my people on the streets of New York, I would hone in on even a hint of a strangled vowel from a footy field away.
However, these days, it seems, you can’t walk more than a few steps without mumbling Aussies drifting into earshot. We’re everywhere, especially playgrounds. Don’t ask me why Australians assemble in numbers around small folk on swings in foreign countries but we do. (And it’s a slide, not a slippery dip, Cheryl.)

Despite our relative ubiquity, I still regularly feel separated by a common language from my American friends. If you’re visiting here, you should be aware that if you talk as you would to a mate in Australia (swiftly, into your beard, full of colloquialisms), no-one will understand you. They may say they “love” your accent and could “listen to you talk all day,” but they’re lying. Some of them think you’re Austrian.

Look for the blank stare and brace for a momentary pause after you complete your monotone request for subway information. They are not thinking “you should take the A to West 4th and transfer to the B.” They are pondering: “why is this person speaking to me in German?”

It used to be oddly pleasing to be incomprehensible. And I have always staunchly refused to embrace certain Americanisms—for example, the automatic: “You’re welcome,” response to a thank you, or the hollowness of “have a nice day.”

Being hard to understand was somehow like a connection to home—my true home, Sydney. Sure, I haven’t lived there for about a million years, but as long as I could still baffle Americans when I opened my mouth, I remained an Australian, cobber.

It’s usually harmless enough, although I asked casino staff for directions to a hospital, not the brothel where I ended up as a reporter trying to track down Russian-Australian boxing champ Kostya Tszyu after he had been comprehensively savaged by American Vinnie Phillips in Atlantic City in 1997. Fortunately, I twigged pretty quickly that the nurses were being way too helpful for it to be an American medical facility.

At the Atlanta Olympics in 1996, a Kiwi colleague and I chatted about rugby in the backseat of a car driven by an always smiling, relentlessly silent Games volunteer. When she finally spoke to us after two weeks, she used a combination of elaborate hand gestures and single syllable words. She hadn’t understood anything we’d said during twice daily journeys and thought us “European.”

I was mightily proud when the senior reporter at the New York newspaper where I was an editor asked to come and chat about the regular brainstorming sessions I’d introduced. When he sat down and looked at me earnestly, I thought he was going to praise my ability to host the gatherings and extract great ideas from our fellow journalists. “We don’t understand a **#@&*^% word you’re saying,” he said, not especially gently.

When I tried to get the phone put on in a new apartment a few years ago, the customer service person just couldn’t nail my name, despite my helpful guidance about the fact I shared the surname of a former U.S leader Harry Truman.

For years I kept the written correspondence I got from the phone company addressed to Craig Turnip, along with a note from the Japanese-American Language Society addressed to Grey Gruman.

Australians seeking to communicate with Americans, can make themselves understood with persistence and a willingness to add some color and inflection in their voice (other than the upward thing at the end of sentences that makes everything sound like a question). Accept that we tend to eat key words, so speak slowly, and point a lot. If it’s all too complicated, just add “rrrrrrrr” to the end of a few words, plus say something about guns, God or quarterbacks and people might go out of their way to listen.

Some parts of the country are worse than others, although, regardless of where I am, my every third order for coffee is prepared by the barista as a “latte for Craig” (or Gary, Ray, or on one occasion Jerome).

In the South, you need subtitles. One Sunday afternoon I was scrambling to make a flight at the Huntsville airport in Alabama. I raced through security, completed a sub 21 second, 200 metre sprint across the terminal and arrived, breathless, at the check-in counter where there was but one person, a smiling airline employee.

“Oh, bloody hell, it’s not too late? The doors aren’t closed. Have I made it in time?” I said, not bothering with punctuation.

She gave me the blank stare: “Yes, this is the airport.” Which was fortunate as there was 737 peering over her shoulder.

Only the night before, in Birmingham, Alabama, I’d asked to use the copy machine in the hotel business centre and the staffer had replied, pleasantly: “The pool closes at 10.”

My last trip back to Australia, the first in a few years, offered a relished return to familiarity, not just the language, but the comfort of indulging in my “culture.” Surprisingly, though, for the first time since I left footy, cricket, corner pubs, a vibrant rock ‘n’ roll scene, egalitarian sentiment and a big extended family for other shores, I felt strangely foreign while visiting.

Australia had changed in unexpected, not always positive ways, and I guess I had too. The last straw was when I was oogling the produce in a suburban grocery store (seriously, they don’t know how good they’ve got it). A young woman dislodged a piece of fruit from a display and sent a few oranges tumbling. I caught them, invoking a “thank you!”

“You’re welcome,” I said, automatically, with a heavy emphasis on the “rrr.”

It was totally a muscle response.

“You’re visiting from America?” she asked. 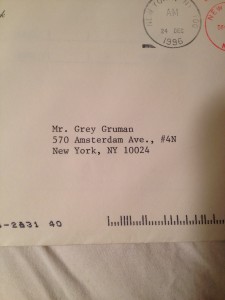 4 thoughts on “Separated by a Common Language”