Every expatriate with a crappy blog wants to give you advice about ‘their’ city.

I never used to, but kind of feel compelled now I have a crappy blog. I also consider myself to be of two cities: New York and Sydney, so I plan on being doubly annoying, though I’ll restrict myself to my current abode for the moment.

To be honest, my ‘guide’ to New York after 17 years of residency is a boring disgrace. When friends come from overseas they tell me their plans and I can’t help but be impressed. “I wish I was doing that,” I think as they saunter off to The Frick followed by drinks at Le Bain, dinner at Per Si and catching several bands and an attitude in Williamsburg.

Like anywhere you live for a while, you don’t tend to ogle it as often as in the ‘early days’, though I’m aware of NYC’s conspicuous charms for locals and visitors alike. I certainly know a lot about many of the neighborhoods including all the mundane stuff: where the grocery stores are, what they sell at pharmacies (it’s amazing) and where you can get decent imported beer. If you get hit by a bus, I know about the hospitals, so call me.

My advice is pretty simple, walk everywhere or catch the subway, then home you go. You’ll leave with enough memories if you just avail yourself to the city. Of course, if you feel compelled, go and see the Empire State Building, a Broadway show, the Statue of Liberty, a bunch of museums and, if you really must, the former World Trade Center site, but do it all in two days then get out and actually experience the joint.

Honestly, within reason, if you leave your pants on in public, you can do what the hell you like here and find just about whatever your heart desires. It’s big, diverse, relatively tolerant and pretty damn smart. Like any huge city, respect it and it’ll reserve judgment on you if it cares at all.

Rather than just advising you where to go and what to see – you’ve read all the books and are probably far hipper than me anyway – let’s focus on a couple of observations about etiquette. There is a terrific discussion on Quora about the ‘don’ts’ in NYC, but I’ll restrict myself to issues of specific  interest to the relative hordes of bloody Australians and Kiwis coming through the place these days wielding their powerful Antipodean dollars. 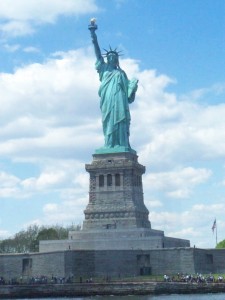 Here are a few ideas for ANZACs to consider. First watch the entire two seasons of Flight of the Conchords then, on arrival:

There isn’t an American city more scrutinized as a tourist destination than New York. You know all the spots to hit, but if you’re looking for an excuse to avoid eating another pastrami sandwich at Katz’s Deli, why not take a hike buddy? 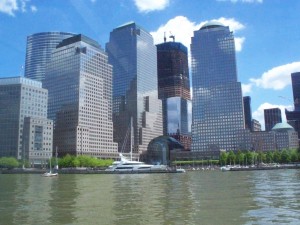 Walk over the Manhattan or Brooklyn Bridge to Dumbo then head to Brooklyn Heights to lounge on the promenade and stare at Manhattan. Back on the island, scout around the High Line before heading up the walkway/cycling path parallel to the West Side highway and the Hudson River.

Around 125th street you might want a good lie down, but battle on, heading east, past the Apollo Theatre on Harlem’s main drag. Go south down Lenox Avenue and the handsome Malcolm X Boulevard to 110th where you hit the northern edge of Central Park – the best part of the park, where there are few tourists and lots of space.

Make your way southeast, eventually heading through the Upper East Side to the eastern flank of Manhattan where you can wander along the banks of the East River and contemplate Roosevelt Island, Queens, Brooklyn and never going home again.

No doubt you’ll have each day intricately planned in terms of where you want to eat and drink, but sometimes the best hazy memories of a trip to a foreign city are those of stumbling, literally, into a noisy bar late at night. Here’s a few ‘default’ down-market options should you need a destination at 2am.

Downtown, on Houston, the Mercury Lounge is always a good late night music option, as are countless joints in the East Village. If you find yourself marooned in Midtown, near the theatres, abandon Broadway and head west to Rudy’s Bar & Grill – there’s a giant pig out the front and free hot dogs inside (or is it a giant hot dog out front and free pig … anyhoo). If not Rudy’s, many other Hell’s Kitchen establishments, especially on Ninth Avenue stay open late and tolerate friendly drunks. Uptown, the Ding Dong Lounge on Columbus between 105th and 106th is wonderfully dark and has a worthy collection of 80s music posters on the walls.

Comrades, New York recently and proudly reclaimed its Travel and Leisure magazine title as the least friendly city in the US.

Frankly, I can’t see it, though I understand the sight and sense of an abundance of ‘foreigners’ here, many of them hugely ambitious and forthright by necessity – be it to make a living wage or a gazillion bucks – can be discomforting for some US communities and visitors from other places where homogeneity is revered.

And there are days – like when I tried to help the blind woman off the subway train only to cop a loud tirade of public abuse from her for a good couple of minutes – when it’s all too much to bear.

But New York’s grand allure isn’t the shows, the iconic sites or the restaurants; it’s the impossible mix of people. If you only hang around the very worthy tourist sites you won’t get a chance to tell lies about drop bears and laugh with immunity in the company of those who live here and that, welcome guest, would be a visitor’s biggest mistake.

25 thoughts on “Antipodean Etiquette in NYC”