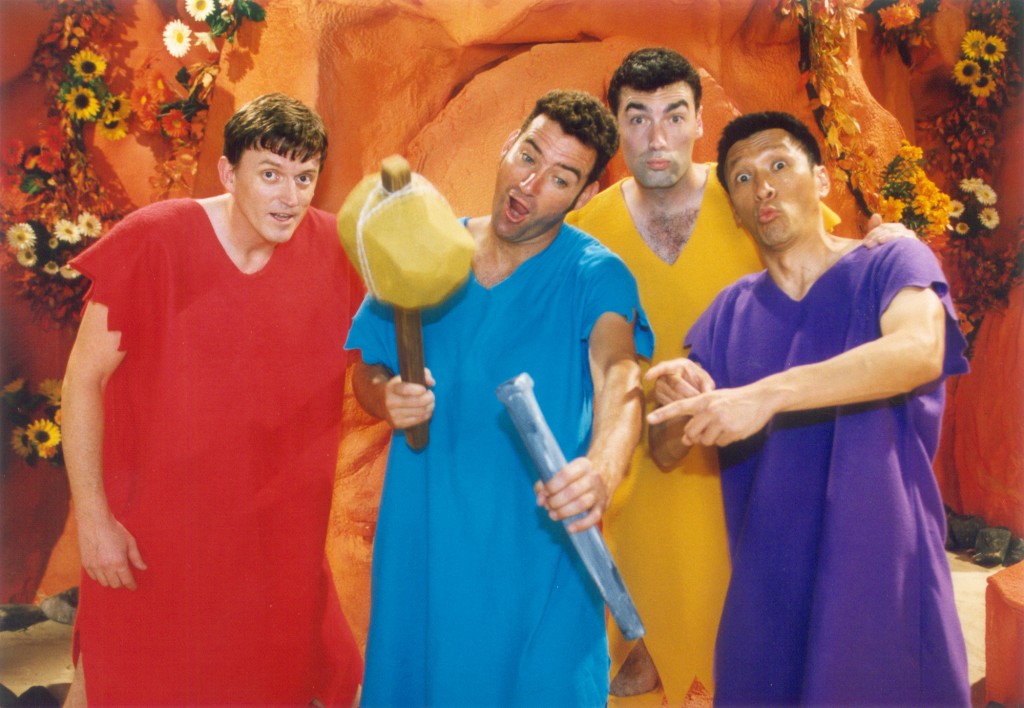 For more than 21 years I’ve offered my talent and advice, but here they go again, off on some tangent, turning their back on opportunity.

Sure, they’ve more or less reinvented a musical genre, maintained their independence in the face of a global industry steered by corporate giants, entertained about a million kids around the world annually in concert for two decades and sold tens of millions of recordings, but come on, is selling out 12 straight shows at Madison Square Garden in matter of hours; receiving one of the highest honors from your country and creating a gazillion dollar business as good as it gets?

But the bigger point is, who’s to say they wouldn’t have been doubly as successful – say, 24 shows sold out in an hour, sales of 60 million CDs and DVDs and performances for two million fans in concert annually — if they had only taken my regular, admittedly irritating advice?

Well baby, let me say this: The Opportunity Train is leaving the station. Yep, the bloody Wiggles have missed their best last chance to get the kind of input that would have surely taken them to the next level, assuming there is one and that term isn’t simply an annoying, empty cliché.

Here I am, in my prime, with a new $34 haircut ($42 with tip, $51 with hair product) and they decide to go the ‘youth’ route. I was ready to pick up the ball and run with it guys: the Black Wiggle’s time had finally come, but no, you opt for talent.

As some of the more intelligent of you know, ** I’m basically responsible for most of the good stuff the Wiggles have done in the last two decades. Anything that’s been annoying or only mildly successful was probably their idea. 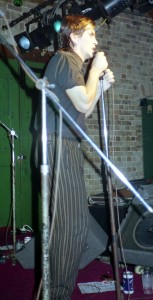 Now they’re making another mistake. Just because they’ve played about 5000 shows around the world over the last 20 years and had to have their permanent addresses mailed to them on a regular basis so they can remember where they actually live, they claim they’re ‘homesick’ and want to spend more time with their families.

Puuurleese. As if anyone really wants to know what all their children look like?

But the decision has been made: Murray Cook, 51, the red one without heart problems and some strange desire to get a life and Jeff Fatt, 107, the purple one with a pacemaker, are stepping back and letting Simon Pryce and Lachlan Gillespie take their roles. Pure laziness.

As for Greg Page, the Yellow Wiggle with that mean smile, I told him, as he was lying unconscious backstage before a show seven years ago having collapsed due to orthostatic intolerance that he was letting everybody down.

“You ungrateful bastard,” I muttered in his ear, as he was lying there, an odd shade of blue. “Next you’ll want to step down from your duties to get well.”

Sure enough, he did, creating an outcry, and in my opinion contributing to the onset of global warming.

Sam Moran did a great job filling in for Greg and I before his contract ran out. I offered to step in again under the right conditions, but apparently my modest “rider” requesting a few backstage comforts, some of which were legal, was deemed inappropriate.

So after seven lazy years of rehabilitation, Pagey came back, singing with that ridiculously child-friendly voice and playing the straight man/kindly ‘n’ calm MC role that should have been mine from the start. Apparently he thought it was OK to return to an organically created project he helped initiate, develop and grow into a worldwide phenomenon. The cheek.

Attempting to disguise his nefarious intent, Page now has opted to step away again saying being part of the original lineup was the main reason he returned in the first place – apparently it wasn’t the fame, fortune or the free fruit juice after every show. Yeah, right.

Anyhoo, 22-year old Emma Watkins will be taking over on stage and screen. I don’t know Ms Watkins, but I’m sure she’s reasonably capable in that immensely beautiful and charismatic singer/dancer way, however I will be advising the Wiggles – and this is the last free piece of wisdom they’ll get from me – to keep Pagey’s voice.

Let’s face it, it’s irreplaceable and I doubt whether all the kids will pick up she’s miming.

Frankly, I wouldn’t be surprised if the Wiggles, especially those brutal puppet masters the Field brothers (Anthony is the Blue Wiggle – and not budging — and Paul, the Machiavelli-like manager of the group) ignore me. As I said, we have a history, mainly because we’re cousins. Some of it is just jealousy: I went grey much earlier than them and it’s always in the back of their mind that as an 11 year old, I was the first in the family to release a record: a scintillating version of Bound for the Rio Grande, backed by the angelic voices of the Patrician Brothers, Blacktown choir.

Now you understand, so I might as well let the cat out of the bag completely. Let’s think back (cue: swirling harp music) to some of the ‘opportunities lost’ over the years.

OK, you get the picture. There are many more opportunities they let slip through their fingers, but I’m not here to dwell on their mistakes.

With this latest rejection, perhaps it’s time for me to consider setting up a rival group. I mean, as geniuses worldwide often point out, how hard can it be?

All you need to do is write 500 memorable, original tunes in every genre, perform 300 shows a year; be away from home for eight months annually; run a business employing hundreds of people on several continents including office staff, dancers, singers, road crew, bus drivers and produce your own live shows, DVDs and CDs and story books.

The small matter of negotiating business dealings with some of the largest, savviest and unforgiving corporate entities in the world might impose on your downtime occasionally, but as long as it doesn’t get in the way of the countless hours spent reviewing merchandising concepts and ensuring everything you do is focused on ensuring the venture is developmentally appropriate for the youngest members of society.

So look out ‘new’ Wiggles. I may be slightly haggard and a bit creepy, but I’m coming for you whipper snippers. I’ll be the one with Phil Spector hair in the Dee Dee Ramone t-shirt.