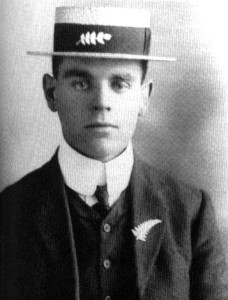 I watch too much sport.

I used to be a sports editor so I once had an excuse, now it’s just an obsession that probably requires intense therapy.

Rugby union, rugby league, Australian football, cricket, soccer, Gaelic football, hurling, tennis, hockey, golf, boxing, swimming, track and field, basketball, netball – I watch squash and racquetball for God’s (Heather McKay’s) sake – and to make matters worse, I’ve lived in New York for about a million years so I’m now compelled to absorb and love baseball, American football and ice hockey. I am one of the few people in America who never misses a Major League Soccer game of minimal significance. I have been to Aqueduct Racetrack to be a spectator at the midweek gallops; there were maybe seven of us. I have found myself cheering at a pick-up game of lacrosse in the Bronx.

I have played a lot of these sports and covered a bunch in a professional capacity but in my dotage I’m primarily an arch-tragic – a rabid fan with the requisite sad streak.

Of course this is an expensive and time consuming habit. We can discuss that later over a beer and a couple of curling contests, but for the moment, I raise my disturbing issues to make the point I’ve seen quite a few quality games over (inaudible) decades.

And I reckon I caught two of the best of recent years this past weekend. Infuriatingly New Zealand was involved in both and, er, won.

The Greatest: Heather McKay. Never lost to a Kiwi — actually never really lost to anyone

Now, I am biased. I follow rugby union, rugby league and cricket with a special reverence. Not to say I don’t care with a pathetic intensity about other sports — I can still quote you crowd figures from big matches in the old NSL and recall in a disturbing level of detail many AFL, NBL, NFL, NBA, MLB and EPL golden moments. However, in the interests of full disclosure, my sports of choice, post an atomic-bomb catastrophe (leaving only about a few dozen people, some with limbs, to play a game) would probably involve a rugby ball in the nuclear winter and shiny new Kookaburra in the warmer months.

Regardless, special is special. Forget the sport, the era, the countries or clubs involved. Watch, be part of the contest and you get it. Sport is drama and great games, like the best films and plays have an immaculate structure full of sub plots and brilliant performances that add emotional weight to the dazzling finish.

I’ve surprisingly loved everything about the current Rugby League World Cup other than the terrible demise of Papua New Guinea, one of the few places that actually plays the game with a true national passion. The fixtures have been relatively competitive because of the shonky qualifying standards allowing NRL players to represent countries they’ve only seen on TV, but most everybody involved has bought into the suspension of disbelief to some extent, ensuring a bubbly atmosphere. Additionally the heavy Pacific island presence has been both a positive for the standard of play and the level of the event’s unexpected cultural richness.

The semi-finals, however, weren’t indulging the ‘feel-good’ factor. Australia, we all knew would flog Fiji, but there would be a real contest between New Zealand and England.

I’ll leave the match report to the fine writers on this site, but let it be known the Kiwis, having looked G-O-N-E three quarters of the way through, scored a brilliant converted try on fulltime to win.

League at its best moves with a sharpness every other ball sport can only envy and involves a gladiatorial level of one on one physical contact that, for the most part, is more astonishing than disturbing.

From the first whistle this mungo match-up was stunningly entertaining. It had everything that is to be admired about the code: wonderful ball movement, magnificent defensive commitment and a high individual skill level that resulted in a swag full of memorable tries. Appropriately, the clash between the biggest two names in the battle, England’s terrific Sam Burgess and New Zealand’s Sonny Bill Williams, the best player in league or union, was monumental.

Shaun Johnson scored the winning converted touchdown and the Kiwi half back’s step off the left foot is something to behold, but the sharp intake of breath and the utterance of “oh my God” that I know I shared with hundreds of thousands at the time, wasn’t purely a product of the skill he showed. It was the way the chance was created and the cool efficiency of the finish that was both gut-wrenching and somehow mind-blowingly fitting for such a fine contest.

The English, you could argue, deserved to win but the toll the game had taken on them was obvious right at the death. The poor Poms – I’m pretty sure I’ve never said that aloud before — were staggering around, though you fancied they’d hold out for a couple of minutes.

However, a penalty was given away and the Kiwis swooped like vultures. It was the tiny mistake; the hint of vulnerability New Zealand needed to lift and launch a final effort. As Johnson got the ball, England, momentarily outflanked, outthought and out-of-breath resorted to desperation, racing out of the defensive line to shut down the New Zealand playmaker. He stepped and flashed by flailing hands for the try.

Johnson had to convert his own touchdown to snatch the win but I don’t think there was the remotest chance he’d miss, not after he’d just calmly eviscerated the England effort.

The tragedy and triumphs were no less impactful on Sunday in Dublin where Ireland was chasing its first victory over the All Blacks in 109 years of trying – a litany of failure that ensures we can all feel a bit better about ourselves.

What’s more, the world champion New Zealanders were shooting for an undefeated season: 14 top shelf Tests and 14 victories, including merciless clubbing of the Wallabies and a couple of cracking contests against the Springboks.

The Irish, like any team worthy of an Australian’s support, have a consistent inconsistency about them, dazzling and shocking the world one minute and utterly feckless and shambolic the next.

They were pretty ordinary against the resurgent Wallabies a few weeks ago, so an improved effort was likely against New Zealand, especially with the curtain soon to be drawn on the career of their incredible centre Brian O’Driscoll. Yet a gambler still might have been inclined to offer a 20 point start to the home team.

Of course the lads in emerald green tore up the script and came out to blitz the dark menace in the first half, charging to a 19-0 lead before settling for a 22-7 halftime advantage.

Everyone, probably most of all the Irish, knew the All Blacks would come back, but the world champs looked a little weary and the hosts were playing wonderful rugby, especially their No 7 Sean O’Brien who completely negated All Black legend Richie McCaw, the best way to get a game-changing advantage over New Zealand.

As mentioned, a converted try at fulltime decided this one too but unlike the league clash, there weren’t exchanges of the lead throughout the game and a head spinning to-ing and fro-ing in proceedings.

As the All Blacks lifted in the final quarter it was like watching an avalanche descending on a small town. If you were sympathetic to the Irish inhabiting the village, you just hoped the thing missed.

It was wince inducing but hard to look away. There are many reasons why the current All Blacks are, without question, one of the best rugby sides in history, but none are more important than their ability to make just about every possession count.

When NZ get the ball, they are purposeful, never meandering to the next phase or waiting for ‘a break’. They make things happen. And so it was as they went through multiple phases to put Ben Franks over to close the gap to 22-17.

The rumble seemed to stop briefly when Ireland had a chance to push the lead to eight with four minutes left, but Jon Sexton missed the penalty shot and with that, the ominous advance of New Zealand not only resumed but swiftly accelerated.

The last try was conjured from about 63 metres out with a few seconds left. I truly didn’t take a proper breath until the All Blacks had scampered and bludgeoned their way to into the Irish quarter. With time up, the New Zealanders put all their eggs in one basket and moved the ball wide to the left flank but instead of finding a pacey, ball playing three-quarter the pill was going to be taken into contact by Dane Coles.

The replacement hooker – that’s a bloody front rower — dummies to delay the impact, peels into the oncoming defence and gets his hands free in the tackle to deliver an impossibly good pass for Ryan Crotty to touch down.

There were more histrionics as Aaron Cruden got two cracks at the winning conversion after the Irish illegally charged his first failed attempt, but, for the neutral observer at least, a draw or loss seemed about the same result for the despairing Irish.

For the arch-tragic, especially a rugby enthusiast cemented in a country where ethnocentricity sometimes dilutes the pleasure of sharing or discussing what other parts of the world might be stunned by, those two games supplied an unreasonable level of sporting nourishment.

Even the American guy at the New York bar who had declared rather too loudly to no-one in particular that he “didn’t get rugby, there’s just no strategy” understood what he’d just seen when, against all odds he was allowed to stay and watch a replay of the Ireland/All Blacks game in its entirety.

Personally, I never thought I could derive so much pleasure from watching New Zealand victories, though truth be told, and don’t mention this to anyone in Australia, I really don’t care who wins games like that – hey, with the benefit of time, I wouldn’t swap the memory of Freddy Flintoff consoling Brett Lee at the conclusion of that two run Test loss in 2005 for an Australian victory.

Ah, yes, it’s emotionally draining. Thank goodness the international rugby season is nearly over: only the Wallabies and Wales in the union at Cardiff and the Kangaroos and Kiwis World Cup league final next weekend to go.

But then, of course, there is the Ashes, the NFL, the A League, EPL, NBA, NBL, NCAA football, Serie A … 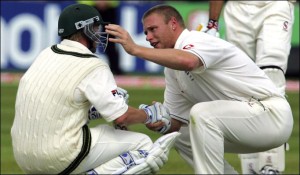