I was in the band, but that’s somewhat beside the point – in fact, for the most part I liked them less with me in it.

Stig’s firm foundation, after a few folks had come and go, was as a three-piece with the brothers Ohlback, Neil (guitar & vocals) and Russell (drums), and Mark Jago, playing bass guitar and a conspicuous Type-A personality.

They were nice northern suburbs boys in Sydney, Jago emerging from the healthy mod scene and some weird private school while the Ohlbacks were the product of a handsomely talented musical family.

For more than 21 years I’ve offered my talent and advice, but here they go again, off on some tangent, turning their back on opportunity.

Sure, they’ve more or less reinvented a musical genre, maintained their independence in the face of a global industry steered by corporate giants, entertained about a million kids around the world annually in concert for two decades and sold tens of millions of recordings, but come on, is selling out 12 straight shows at Madison Square Garden in matter of hours; receiving one of the highest honors from your country and creating a gazillion dollar business as good as it gets?

This is a preview of The Wiggles: If Only They’d Listened. Read the full post (1720 words, 3 images, estimated 6:53 mins reading time) 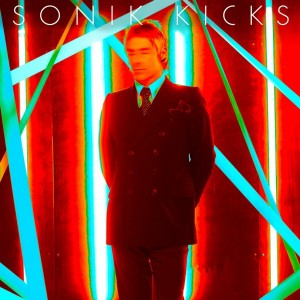 I started losing enthusiasm for the work of former Jam and Style Council singer, songwriter Paul Weller about 20 years ago. Maybe I was having a bad day … month … year … relationship (you know who you are).

True, I gave up on the Modfather a little early. I’d loved The Jam and their barking pop ‘n’ rock, but found (later) Style Council irritatingly self-aware and derivative — they seemed to focus on cashing in rather than celebrating Weller’s conspicuous soul influences.

On the shonky stages of inner Sydney and Melbourne venues in the 1980s, I harbored a quiet confidence that, despite the mullet and my habitually poor choice of clothing, I would eventually find a niche in the music world. Sure, the stony silence that greeted the end of many of my band’s performances was a little unnerving, but the physical beatings were merely sporadic.

Yes, I would tell myself as I slinked off the ‘stage’ at the Sussex Hotel avoiding the gazes of (depending on which band we’d just supported) snarling disaffected youths or poncy rhythm-less geese with peacock hair, my voice will one day reverberate around some of the nation’s biggest venues.

This is a preview of How He Got His Wiggle Back. Read the full post (916 words, 1 image, estimated 3:40 mins reading time) 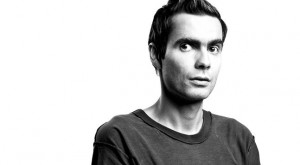 I have a pleasant if vague recollection of being briefly entranced and slightly baffled a few years ago by singer-guitarist Jonsi, his long-time band Sigur Ros and their ability to create a uniquely atmospheric aural soup.

It was a flirtation I should have acted on but, I suspect at the time, I decided to lump them in the Bjork basket of curious, sometimes inspired Icelandic mood-makers and post rock, sound-scape artists — to be considered in depth at some point in the future, probably whilst blitheringly drunk.

This is a preview of Jonsi: The New Sound of Hollywood. Read the full post (920 words, 1 image, estimated 3:41 mins reading time)